Origin from the Vedas

The word ‘Veda’ has been derived from the word ‘Vid’ which means ‘to know’. Though the orthodox Indian theologians consider the Vedas as the preserved form of the revelations seen by the Ancient Seers or Rishis in the depths of meditation, in general, the Vedas are thought of as the culmination of all knowledge prevalent in this Universe.
Four to six thousand ago, in the fertile lands of India thrived a civilization on the banks of the holy river, Narmada. This period was a very prosperous one and production was always surplus. This period also saw the birth of many ruminative men who later became known as ‘saints’ or ‘sages’. These men discovered that despite the apparent absence of any discomfort in their lives, it was indeed difficult to retain inner peace and tranquillity.. Hidden beneath the momentary satisfaction of worldly prosperity, was a constant longing for a greater satisfaction that would last longer, nay forever. This they called Truth. When all their efforts to find such satisfaction in the world failed, these sages dared to change the very direction of their search. Beating a retreat, these fearless men, began to seek within themselves, that which they had hitherto sought without.
Gradually, sinking into the depths of contemplation, these sages were able to unravel the profound mysteries of existence, discovering in the process, an infinite storehouse of bliss within themselves. The Truth was thus revealed, .The ‘Vedas’ discovered.

The knowledge of the Vedas have been transmitted from the heart of the Guru to that of the disciple since time immemorial. The disciple would listen to the words of his Master, reflect upon them, and then contemplate on their essence. This was the method for the realization of the essence of the Vedas. Hence the Vedas are also known as Shrutis. The word Shruti implies, ‘knowledge that has been heard’. However, no written records existed of the Vedas. It was Sage Ved Vyasa, who made a written compilation of the Vedas for the first time. He compiled the mantras of the Vedas and classified them as follows:

This is the most ancient of all Vedas. All the mantras or hymns of Shruti were included in the RigVeda. The text has a collection of 1,028 hymns. Ved Vyasa’s disciple ‘Paila’ was the preacher of Rig Veda.

All the hymns of the Veda composed in the form of prose were incorporated into the Yajur Veda. These hymns elucidate the procedures for rituals and offerings. Yajur Veda was probably composed around 1200 to 1000 BCE, as estimated by scholars. The Yajur Veda is grouped into the Krishna and the Shukla. The preacher of this Veda was Vaisampayan, another disciple of Vyasa.

This Veda has been widely categorized and mainly consists of music and melodies. The Chandagya and Kena Upanishad are part of the Sama Veda. Jaimini, disciple of Ved Vyasa, was the preacher of Sama Veda.

The hymns and verses of the Rig, Yajur and Sama Veda were the most popular and widely circulated as these were used in sacrifices and Yajnas( rituals). Even after integrating all the hymns within these three Vedas, many others were left out, unused in rituals.

Each Veda has been further sub- classified into four major texts – Samhita( mantras and benedictions), the Aranyakas(text on rituals, ceremonies, Symbolic sacrifices), the Brahmanas(commentaries on rituals, ceremonies and sacrifices) and Upanishads( dealing meditation,philosophy and spiritual knowledge.) Some scholars also add a fifth category called Upasanas(worship)

The Vedas in general are classified into two parts- the Karma Kanda (Work portion, dealing with rituals, methods of worship etc.) and the Jnana Kanda (Knowledge portion, dealing with the philosophical essence of the Vedas). The Upanishads are a part of the latter. Most of these Upanishads are in the form of dialogues between the Guru and His disciple. They contain utterances (shrutis) concerning the nature of Brahman (the absolute reality or consciousness) and describe the methods through which one can attain liberation or moksha.

1) Upanishads are known as upadeshaprasthana(injunctive texts) or Shrutiprasthana( the origin ofrevelation)
2) The Brahma Sutra is known as Nyaya Prasthana(texts on logic) and,
3)The Bhagavad Gita is known as SmritiPrasthan( the beginning of the recollected traditions)
Upanishad is the main compendium consisting of a total 0f 108 texts.Brahma Sutra was composed by Ved Vyasa in order to systemize the doctrines of Upanishads and Gita.The Bhagavad Gita is the holy Hindu Scripture which is a part of the epic Mahabharatha. Extensive annotations have been composed by different Vedantic Educators on these recognized textsand each text has a strong influence on the perceptions of Vedanta.

Of all things dear to man, the one thing he primarily lives for is freedom. He finds pleasure in all other pursuits only as long as they make him believe that he is free. Rooted in his idea of freedom, man lives. Looking at the world around, however, he sees a different picture. If he is hungry, he cannot sit quietly, even if he wants to, without eating first. If he is sleepy, he cannot stop himself from sleeping even if he has other work to do first. Just as he has to wear warm clothes when he feels cold, so also is he forced to remove his clothes when he feels hot. His life is only a long wait before death becomes an inevitable reality. There is no escaping death, even if he wants otherwise. And yet he believes he is free. His whole existence rises up in rebellion against any idea that refutes his belief. A voice within, keeps reminding him that he is free, a voice that defies logic, yet is firm and constant. Man trusts this voice, but knows not from where it comes.

Vedanta is the ancient Indian science that seeks to understand the original nature of this voice in man- a voice that holds the key to a greater truth, distinct from the perceived reality of existence. It is this Truth that sets man free. It is the answer to the question- Who am I? It is this Truth that the scriptures define as Brahman. Vedanta declares that the real nature of man is of the same essence as Brahman, which is imperishable, and beyond the binds of nature, free from the shackles of time, space and causation. Just like Brahman, Man has ever been free, but by his own ignorance, believed himself to be limited by the confines of the mind and body.
The knowledge of Brahman, burns to ashes all of man’s doubts and fears, as the eternal nature of His Self shines forth. His worries are dispelled by the revelation, that the world as he perceives it, is but an apparent projection of his own Self.

The Mahavakyas are the great sayings of the Upanishads. Though there are many Mahavakyas, four such Upanishadik statements are considered to be of primary importance.

SOME PROPOUNDERS OF VEDANTA 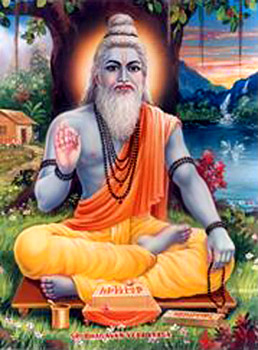 Ved Vyasa is a highly revered sage in Hindu traditions. He is usually considered the author of the great Indian epic, Mahabharatha. He also scribed the Vedas and the Puranas. 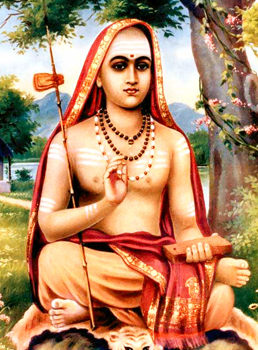 AdiShankaracharya, the 8th century philosopher and theologian, consolidated the doctrine of Advaita Vedanta. An exceptional expounder of the same, Shankaracharya was responsible for restoring Sanatan Dharma and Vedanta to their original purity and glory. 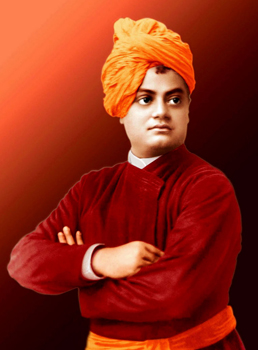 The most prominent exponent of Vedanta in modern times was Swami Vivekananda. He was the key figure who introduced Vedanta to the Western World and established Hinduism as a major religion of the world in the late 19 th century. 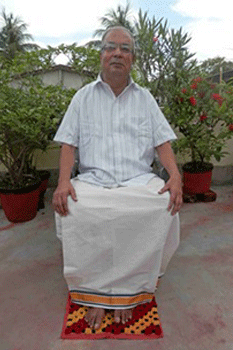 Bhagavan, the core and founder of The International Vedanta Society, has carried forward, to a great extent, Swami Vivekananda’s dream of spreading the message of Vedanta, confined hitherto in the woods and forests of India, amongst the masses.