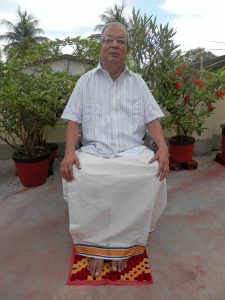 Bhagavan says- “He who makes the unknown known…”. The belief in the Guru is what’s needed the most. If we can believe totally and surrender ourselves to His feet then He will surely lead us to the Ultimate.

The HinduShastras lay great emphasis on the role of a Guru in the Spiritual World. Guru is the one who dispels darkness(ignorance) from the hearts of his disciple and awakens the light or the Supreme consciousness.
According to the saint, Kabir- If a blind leads the blind then they end up nowhere.

The Guru- disciple relationship is the most sacred of all .This relationship has the highest expression of divine love and care. Guru’s love is beyond any comparison as his love leads to freedom and oneness while worldly love results in bondage.

He, who follows the Guru with utmost belief, faith and love, is able to know the Truth.